Home Blog What to do in Noia

What to do in Noia 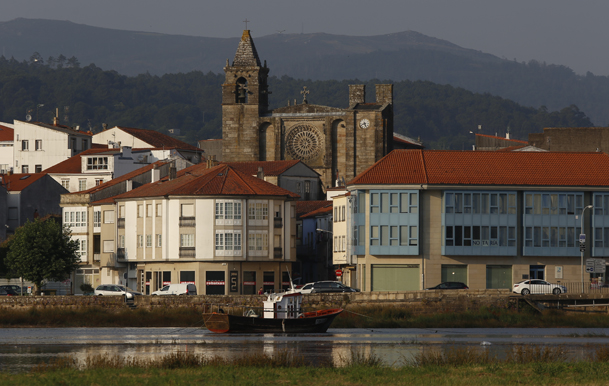 The coastal town of Noia is a wonderful stop to include in your visit to our area. Depending on which of our properties you’re staying at, it is about a 15-minute drive (or less) away. Noia has been a working port town for over a thousand years and is famous for its seafood, but on top of that it also has plenty to offer to visitors interested in history, architecture, and Galician culture. Many visitors familiar with southern Spain find towns like Noia a welcome change from the more tourist-oriented beach towns you’ll find further south, as it feels more authentic and accessible.

The city is very walkable, and we highly recommend exploring on foot to make the most of your visit. A great place to start is in the medieval district, where you can find buildings as much as 1000 years old. While many storefronts are relatively modern remodels, look to the upper floors of many buildings and you can see much older architecture, much of it distinctly Galician in style. Look for the carved granite the region is known for. For those interested in historical buildings, there is a wonderful Gothic church called Igrexa de San Martiño that dates back to 1432. It is surrounded by plazas and was historically the town center. You may notice that unlike many similar churches, it has only one tower. Legend says that this is to avoid compteting with the Catedral de Santiago. In front of the church you can also see a Cruceiro, one of the stone cross monuments that are common across France, Portugal, and Spain. It is also worth your time to see the Iglesia de Santa María a Nova church (now open as a museum) and the cemetery that surrounds it. 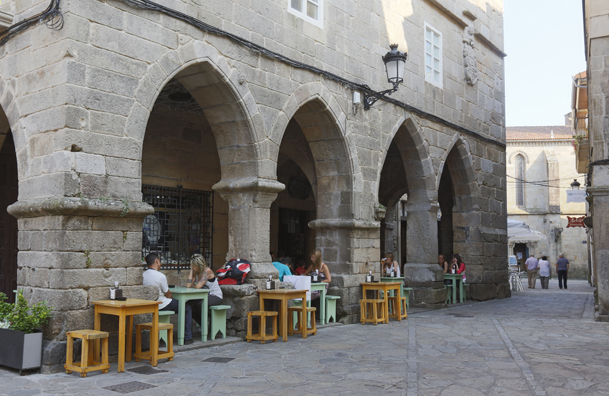 There are plenty of small cafes and tapas bars throughout the city, so be sure to stop in to sample some local food and get a coffee as you explore. If you’re interested in trying out your bartering skills, head to the Mercado de Noia, open on Thursdays and Sundays. This classic market with stalls selling fish and other foods, is worth a visit whether or not you’re in the market to buy anything. It’s not far from Igrexa de San Martiño, and also brings you close to the waterfront boardwalk. If you can, plan your visit to the waterfront for a time when the tide is in, as this will give you the best water view.  Another highlight is la Alameda, the main plaza, which has beautiful tile work and plenty of benches where you can take a break from your walking tour.

If you’re exploring the hills around Noia, consider starting off by crossing the picturesque rope bridge over the river Tambre, one of the two rivers that feed the ría. That route will connect you to various hiking trails. As you  hike, you may get the chance to see evidence of history even older than the middle ages. Around 500 BCE Celtic tribes came to northern Spain, bringing with them the important culinary innovations of beer and lard. Before the Romans came to the Iberian Peninsula, these Celts lived in fortified hill settlements called castros, whose ruins can still be found on local mountains. You’ll notice the Celtic influence in aspects of Galician culture, notably the bagpipes you’ll hear in traditional music.